Utilities and Services in Lakshadweep

The Municipal Corporation of the Lakshadweep Islands has always attempted to deliver the best of services and provide state-of-the-art utilities for its citizens. Especially, because the mainstay of the Lakshadweep economy is fast becoming its vast domestic and international tourism influx. To prepare for this, the Municipal Corporation has worked towards the provision of a number of utilities and services for its citizens. 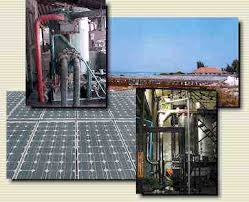 During the Second Five Year Plan the electrification of the Lakshadweep islands was initiated. The power supply, however, was limited to just about six to twelve hours in the day up to the year 1983. After that the power supply was made available continuously and round the clock. In 2009, the total generating capacity for power grew to 15415 kilo watts whereas it had grown from the earlier 46 diesel generating sets and also 12 special Purpose Vehicle Power Plants in 2009. Yet as the demand escalated beyond the actual consumption and supply levels the administration became increasingly concerned with the alternative resources.

They opted for the clean, renewable resources of power like solar energy and set up or Bitra Island an initial power plant of five kilo watt power as a pilot experiment. Seeing its success the capacity was gradually increased to more than a thousand kilo watt power. Then from 1988 onwards the consumers were made responsible for reading their meters themselves so that the entire departmental staff could be devoted to the provision of various other services like converting all transmission and distribution lines to versatile modern ones. The Electricity Department responds to all kinds of services linked calls involving emergencies, connections and complaints through all twenty-four hours for seven days a week.

The Lakshadweep administration is attuned to the need for tapping renewable resources of energy and has given the greatest impetus to packing it attractively for the citizens and tourists alike in the form of solar lanterns, energy efficient lamps and also pressure cookers and energy improved stoves or ‘Chullahs’ for conserving expensive energy utilization.

There are offices responsible for the smooth flow of electricity on all Islands.

As with electricity so also with water, the Lakshadweep Islands administration is using more than 100 rain water harvesting units on each of the inhabited islands to supplement the drinking water supply of the citizens. At Kavaratti there is one dedicated Thermal Desalination Plant while others have been commissioned at Agatti, Kiltan, Amini, Chitlan while other islands are also in the pipeline thus, are namely, Kalpeni and Kadmat besides Andrott and Minicoy. Once all the schemes are in place there is little scope for any scarcity of the precious resource of drinking water in the Lakshadweep Islands.

In 1971, Lakshadweep obtained its first bank branch of the Syndicate Bank at Kavaratti and from there on went to open mini branches on each of the remaining islands. There is the Union Territory of Lakshadweep Bankers Committee (UTLBC) which looks after the regulation of all financial instruments that may be the requirement of the island dwellers. There is only one branch of the State Bank of India (SBI) which was initiated on April 2005 on Kavaratti The ATM facilities are also available.

Click Here for More Details on Banks in Lakshadweep

Lakshadweep has very well established postal services. It has post offices on all ten inhabited islands from where migrants and tourists have been sending and receiving remittances since decades. Besides the postal, the telecommunications are also very well established. Therefore, inter-connectivity and communications are of the highest order on the Lakshadweep islands.

Press and Media in Lakshadweep

The Lakshadweep islands are well covered by the Department of Information and Public Relations, Government of India as well as the local administration. There are several branches like the Doordarshan, the All India Radio, Photo Division, the Press Information Bureau, the Field Publicity as well as the DAVP Bureau as also the song and Drama Division. There is also the Publication Bureau and the Films Division. All of these are the appendages of the Media Department that are needed to conduct all kind of information dissemination and communication activities that are government, private sector or purely commercials oriented. Most government programmes are telecast through these media wings. There are also a number of private sectors responsible for entertaining the public. Along with helping in organizing all forms of exhibitions and festivals. Besides, Bitra Island has well-equipped Information Centre.

Packers and Movers in Lakshadweep

Among the leading packers and movers of the Lakshadweep islands are the Aryawarta Packers. They are committed to the people of Lakshadweep and provide services like ware housing and storage services, car carrier and transportation systems, freight forwarding sea cargo as well as air cargo and all kinds of moving services. All forms of carriage works involve packing as well as loading and unloading. All of the processes that come within the preview of shifting from one place to another are handled by them.

Thus, Lakshadweep is a group of islands that has tremendous scope for development into a major tourist’s hub. It is well equipped with adequate state-of-the-art facilities to ensure that international visitors do not lack for any essential utilities.