Out of the 36 islands in Lakshadweep spread across the water ten are inhabited by the local and working population. Along with these are a few others that there are used by the fishermen as well as the tourists and random boatmen. The transportation links between all the islands are well laid and it is the ingenuity of the islanders that this connectivity works faultlessly. All forms of transport are run efficiently on all the islands. 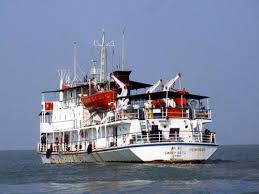 The transportation on the Lakshadweep islands has been managed through all forms which are by air, by water and on the mainland by road.

Kochi international airport is the main approach to the islands in Lakshadweep because frequent airborne trips are organized by the Indian Airlines which is the role operator of flights to and from the islands. International tourists has to go to Kochi and from there to the Lakshadweep Islands. The connectivity through Indian Airlines is daily to Agatti airport except on Sundays. As the Lakshadweep islands have been accepted as a favored tourist circuit all over the world it is necessary to plan well in advance and book all necessary tickets well in time to avoid the holiday rush and any disappointments.

The water ways are the most preferred route for connectivity as the islanders maintain a fleet of row boats and motorboats for their personal use. They also have a large number of show boats with varying functions which they hire out along with their services. The Union Territory maintains four ships for the comfort and ease tourists. These ships take about 20 hours to bridge the distance of 400 kilometers between the Kerala coast and islands of the Lakshadweep.

These ships are called MV Minicoy, MV Amindivi, MV Bharat Seema and MV Tipu Sultan. They organize any member of trips between the mainland Kerala and the islands depending upon the weather as well as the tourist traffic. It is interesting to note that the number of tourists visiting the island at any given time is regulated by a central authority. There is a limit to the number of tourists that can visit these islands at any given time.

During the monsoon season that is from 15th of May to 15th September, the ships do not ply on the choppy waters during this period. The ships in themselves offer a wide range of facilities like having deluxe berth and AC cabins while one of the MV Bharat has a cafeteria, well-appointed entertainment lounge and also wide screens for organizing video shows.

The SPORTS organization has formulated four different types of cruise, holiday and enjoyment packages. These are: the Coral reef package that runs for five days and covers the Kavaratti, Kalpeni and also the Minicoy Islands while cruising on the MV Tipu. It is four overnight trips which tourists spend on the ship itself. Then there is the swaying Palm passage that covers only Minicoy Island in a six-day-trip at the Minicoy Resort. Thus, the islands are well-connected by a well established and maintained transportation system. The islanders are adept with the waterways and offer a totally new experience of travel to all those who visit the islands. They have also planned a Taratashi package that is to be arranged over four days to Kavaratti. The package includes an overnight. Stay in beautiful huts that have been built especially for tourists. There is also some special programme organized at the Kadmat Island that comprises in six days' duration Marine Wealth Awareness Programme for beginners and professionals.