One more emerald in the garland of Lakshadweep, Minicoy Islands (also known as Maliku means the majestic harbor in regional language) is one of the most beautiful blend of green and blue and a destination so picturesque that one cannot get enough of being there. The crescent-shaped Minicoy is a popular tourist hot spot and surrounded by a land of natural beauty. It lies in the southern most area of Lakshadweep and is the second largest only to Andretti, it also owns the biggest lagoons amongst all the islands. Minicoy is near the 9 0 channel on the the busiest shipping routes just about 130 km from Maldives. Kalpeni, that is about 450 km, is closest to Lakshadweep archipelago. 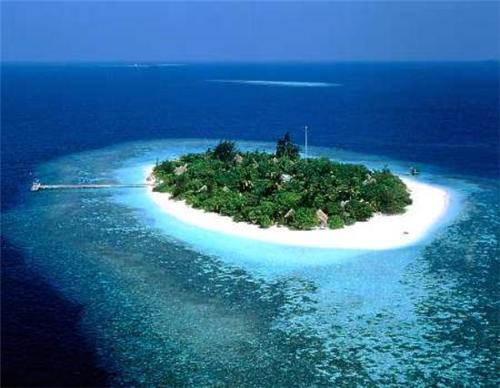 This mesmerizing piece of green land in the middle of the vast blue ocean stands out to offer a colossal view of the ocean.The beaches sparkle with the light of the peeping sun on its silver sands and colorful boats parked on the shores in all shapes and sizes. A natural canopy of shade is of course the coconut plantations alongside the beaches.

Viringle (also called the small pox island) is the small islet that you see on the south belt, measuring barely 200 meters. Long ago the lepers of Minicoy were banished on to this isle, where they lived in poor conditions. Minicoy is different from the other cousin islands, by its culture. It’s more like Maldivian culture in lifestyle, food, language and society. Minicoy harbors an anthropologically interesting social culture. It’s a non-local and matrilineal Muslim society, quiet contrary to other Indian societies, where a man will live in his wife’s house and owns the wife’s surname after marriage and still continues to earn a living for the family. The women manage family affairs and household chores in the long absence of their husbands. Again divorce and remarriage is accepted socially and not a taboo. They have a very liberal approach towards social customs unlike other Muslim colonies. Women are respected and loved by the men folk, Marcopolo had addressed this society as a "female island” in one of his travelogues for this reason as well as because men are never home for very long durations of time when they are at sea .

Avah is a village system having a cluster of houses headed by a wise old man called “Mooppan”, he is like a sarpanch. This system is followed by all villages within the island. Mahl is the language used by common people. Minicoy is an important center for tuna fishing. Minicoy is inhabited with hardworking the people. During a major part of the day, you will find the men out in the sea fishing or sailing boats for a living. 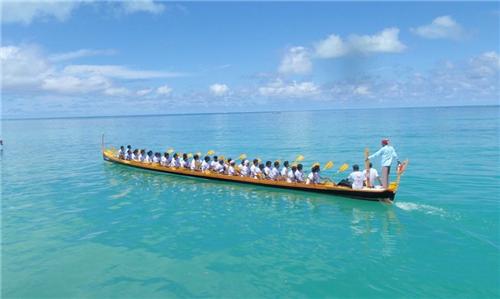 Jahadhoni is a type of a typical colorful race boat. One can enjoy boat racing as a sport.

The Moinuddin Juma Masjid built by Arab saint has been a trade mark in all four islands. The serene atmosphere of secluded mosque gives a peaceful ambience.

Minicoy is renowned for Lavaa traditional dance which is performed on festive occasions.

Take a tour through the curvy village lanes and amongst the dense coconut groves to the light house of the island - one of the oldest which was constructed in 1885. 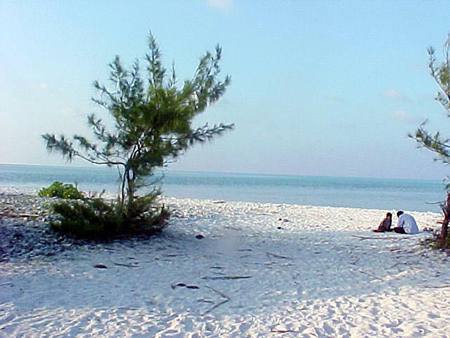 These wrecks are like virtual museums underwater, with large fishes feasting on the remains of the wreck. The ship called S.S. Hoechst and other 2 ships were wrecked in the oceans of Minicoy, within 8 meters depth on the island reef. It is rumored that because of these shipwrecks the construction of the lighthouse was initiated in 1885 by the Britishers.

Boat models, made from coconut and shrub, woven straw betel punch, silver ornaments and other knick knacks for souvenirs can be shopped at in Minicoy Island of Lakshadweep.

Things To Do in Minicoy Island

Cycle around the island on a rented bike, indulge in water sports like scuba diving, kayaking or snorkeling or simply just laze around on the golden sands and enjoy the tranquil beauty of the blue ocean.

How to Reach Minicoy Island

By ship
Mv. Tipu sultan, MV Amindivi, MV.Minicoy, MV. Bharat Seema takes about 14 to 20 hours. The ship caters to all class of travelers, with all facilities. It has cafes and restaurants and entertainment lounges.
Samudram Package aboard ship MV Kavaratti takes you to Minicoy. The distance from Kochi is about 398 kms. Bookings are open between October and May. It is a 5-day cruise package, which ferries you to 3 islands Kalpeni, Kavaratti and Minicoy for a fun-filled holiday. This includes lunch, and entertainment. Folklores dances, swimming, watersports, snorkeling during the day. Going around the Marine Museum Tuna Factory and villages in the sightseeing area.

Between October to March because the weather is cool and pleasant, summers are very hot and humid, and monsoons are risky as the sea is violent.

Where to Stay in Minicoy Island

The islands houses a 20-bed tourist resort with all comforts of a good hotel like changing rooms, baths and it also has 4 tourist cottages with all modern amenities.