Lakshadweep is one of the smallest union territory out of all the seven union territories that are there in India. ‘Lakshadweep’ means ‘a hundred thousand islands’ in Sanskrit and Malayalam. It was formerly known by various names such as Laccadive, Minicoy, and Aminidivi Islands. Kavaratti is the capital of Lakshadweep. 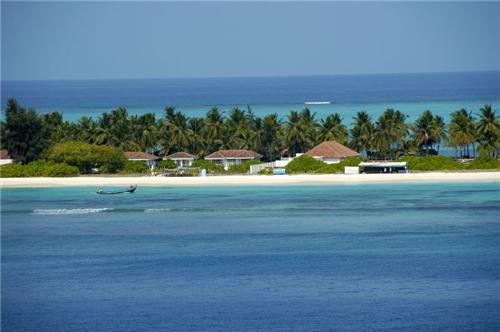 It is a platoon of 36 islands and is also the principal town of the Union Territories in India. The beauty of this place is popularly known for the enticing and enlivening beaches and lush green landscapes. Hence, because of a number of beaches in its account, most of the population of Lakshadweep is engrossed in fishing and cultivation of coconut.

Out of 36 islands in the group, only 10 have inhabitants namely Amini, Kiltan, Chetlat, Kadmat, Bitra Kalpeni, Agatti, Kavaratti, Kiltan, Andrott and Minicoy. The place appears more of a Muslim’s Union Territory because almost 93% of the population are Muslims. Also, the people there are very quiet and have a much laid back attitude. The area is virtually crime free.

The group of islands of Lakshadweep are aboriginal and, hence, there are a number of speculations that have been made about the advent of inhabitation on Lakshadweep. Amongst all, one of the earlier references that is worth mentioning, is about the region being in the Periplus of the Erythraean Sea by some anonymous author.

Vasco Da Gama was the first westerner to visit the islands but it was only the Englishmen who explored it further. The Lakshadweep islands have also been greatly mentioned in Ibn-e-Batuta which is a story of an Arab traveller. The islands have been ruled by various powerful rulers such as Tipu Sultan in 1787, Chirakkal family of Cannanore and later on ultimately by the Britishers, who attached the Malabar district of the Madras Presidency.

It was only in 1956 that these islands were segregated from the main administrative units and were formed it into a new union territory by combining all the islands, under the States Reorganisation Act. Click here for more information on history of Lakshadweep 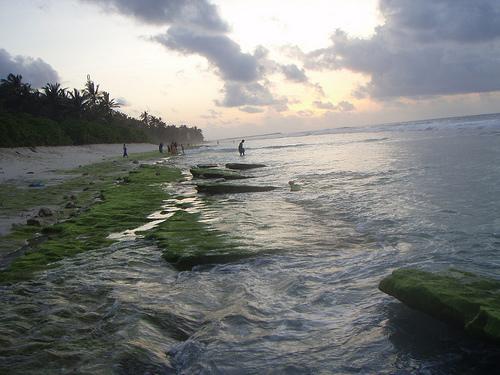 Lakshadweep islands spreads up to about 32 square kilometres in area and is an amalgamation of 36 different islands, out of which 26 islands are untouched by human inhabitancy. The lush green islands are rich in vegetation and the beautiful combination of islands are also called as Emerald islands.
It is located in the Arabian Sea and is at a distance of approximately two hundred and twenty four to four hundred and forty kilometres away from the city situated along the coast of the southern state of Kerala, Kochi. Lakshadweep is probably one and the only chain of coral islands in the sub-continent. Click here for more on geography on Lakshadweep

The temperature of the tropical paradise pretty much depends upon its latitudinal positioning and geography on the earth.

In the summers, the temperature ranges from 22 to 35 degrees whereas in the winters the temperature is more or less similar ranging from 20 degrees to 32 degrees. No matter the temperature is a bit on a higher side, the islands have a very pleasing atmosphere whole around the year and manages to lure a large amount of tourists.

The chief rainy season is the Southwest monsoon which starts from late May and extends up to early October. The precipitation is more evenly distributed in the southern islands as compared to the northern islands. 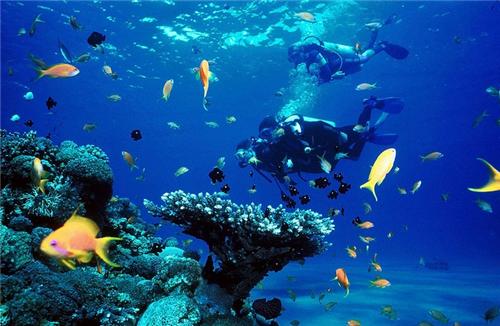 Tourism in Lakshadweep is one of the biggest industry as far as income and employment of the islands is concerned. The tourism of the place is dependent on its physical characteristics, from its vast marine life to its flora and fauna. The tourist department of the islands has paid a lot of attention towards its infrastructure, conservation of its beaches and monuments and construction of newer hotels.

It has a long stretch of coastline which provides a lot of scope for expansion in the field of adventure tourism. It has emerged as one of the most potential water sports destination in India. The department has also established a few water sports institute which offers a facility of sports like canoeing, kayaking, surfing, water skiing, scuba diving, etc.

This tropical paradise does not guarantee you a big shopping mall or hi-fi shopping complexes for having a retail therapy if the scenic beauty is too less for you. In spite, you will find several roadside stalls which offer you a wide range of souvenirs, vintage coral shells and exciting knick-knacks. Apart all these items, one can also shop for breath taking coconut shell curios, marvellous seashell artefacts and other local handicrafts that you can hardly find anywhere else on the planet.

Moreover, if you are someone who is a marine-life enthusiast, then you might end up carrying some of the colourful fishes back home from the aquarium stores in Lakshadweep.

Kalpeni is among the best place for shopping of souvenirs to take back with you. There is a local handicraft store behind the Koomel resort which sells various wood work items. The most famous is the model of boats using coconut and shrub barks. Also shop for t-shirts from the hosiery unit on the eastern side of island. Click here for more shopping information in Lakshadweep

During the Muslim festivals, Lakshadweep showcases an exuberant culture and tradition. However, there are a number of tribal festivals that are also celebrated with a lot of zeal and energy. The most appropriate place to witness such festivity are the numerous mosques which are present all over the islands. Id-ul-Fitr which is celebrated after Ramadan, is one of all the festivals that is celebrated by everyone present on the island.

Even though you being a tourist, you will find yourself irresistible to be able to be a part of all the exhilarating celebrations going around. The sudden transformation from a calm and peaceful locality into a jubilant and cheerful loud place will surely sweep your feet off the ground. 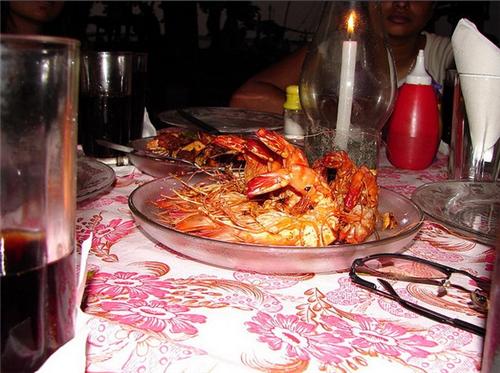 If you are someone who is a big time fanatic when it comes to sea food, Lakshadweep is the right place for you. You would find a combination of ample of coconut along with the sea food. The island has to offer a number of mouth-watering dishes from a spicy non vegetarian food to healthy vegetarian food.

Since, the island is in close proximity to Kerala, the cuisine of the islands is highly influenced by it. The people of the island have a great inclination towards the coconut water as it is the most abundant aerated drink of the place. Apart from specializing in local food, the restaurants of that place also serve a series of inter-continental dishes such as Chinese, Thai and Korean cuisines.

How to Reach Lakshadweep 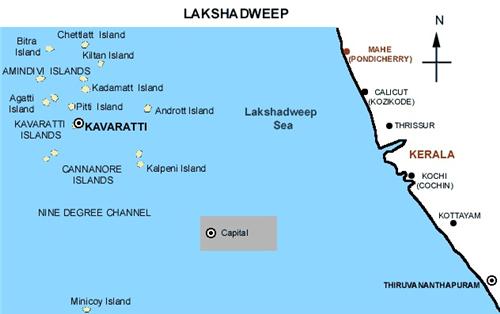 The islands are very well connected by the means of sea and air. The administration of the islands operates ships from Kochi to Lakshadweep, having standard voyages. The journey lasts up to 18 to 20 hours. The ships are well-equipped and offer a range of modern accommodation and amenities.
The Agatti Island of the territory is also connected through regular flights from Kochi International Airport. The Kochi airport is connected to all major cities of India. You can also find helicopter services from Agatti to Kavaratti and takes about a time of one and a half hour.